New Zealand 2007
Day Twenty-Three  New Plymouth April 05
A day of National Park visits - Wanganui and Tongariro.  Wanganui contains New Zealand's
longest river - Wanganui River (200 miles) - and lowland forests.  It also contains the
"bridge to nowhere" originally built to connect Maori towns and now abandoned.  Almost
all access to the park is via tracks (trails) or boat; however, a very, very narrow River Road
leads to the southern part of the National Park.
Tongariro contrasts itself by being the first New Zealand National Park.  It was a gift from
a Maori chief in 1887.  The volcano based park contains tracks, ski lifts, and a very noble
Chateau resort dating back to 1929.  The Chateau has the classic Victorian age hotel
appearance - large fireplaces, high ceilings with heavy curtains, formal dining, and the
well stocked library.  Active volcanoes in the Park have been seen as "Mount Doom"
in the Lord of the Rings movie.
On the road to New Plymouth, a secondary highway with endless curves and no pavement
(dashed lines on the map) provided up close viewing of sheep being moved to different
paddocks, multi point buck, rabbits, and other bird life.  The highway (Hwy 43) is known
as the "Forgotten Highway", especially since there is no gas station for 90 miles. 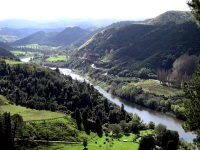 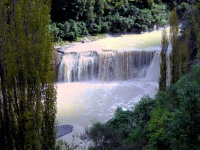 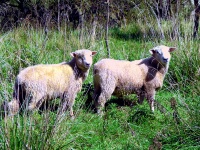 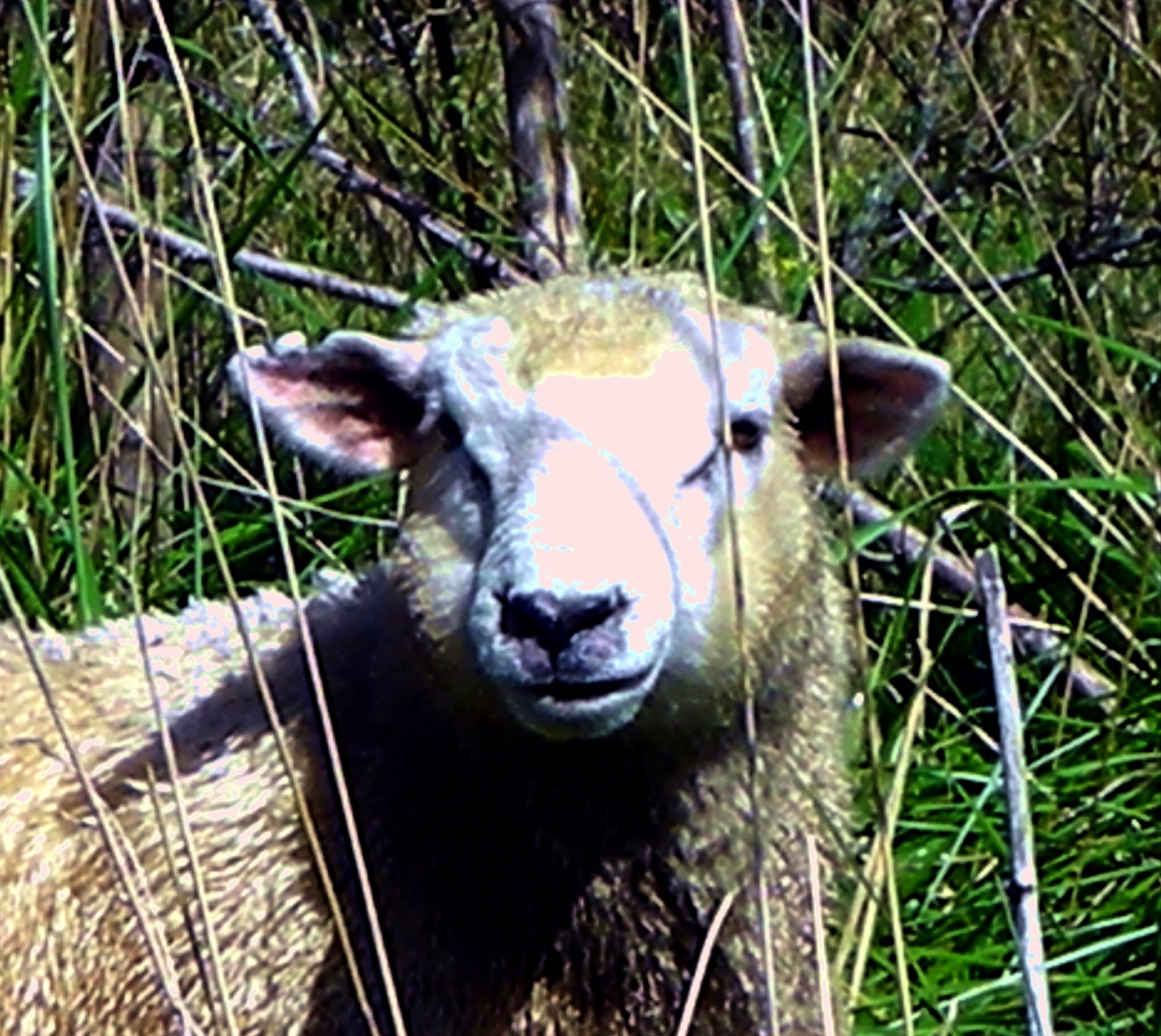 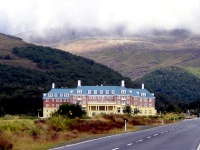 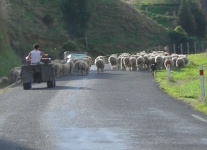 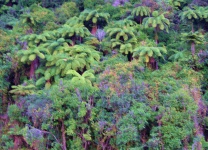 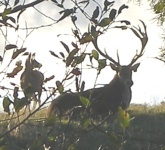 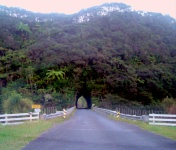