New Zealand 2007
Day Seven Lady Elliott Island March 20
Today was one of the truly dramatic parts of Australia - The Great Barrier Reef.  Our "vacation-
within-a-vacation" targeted an island situated on the South end of the Reef.
From the small - very small - airport in Hervey Bay, Australia, our hour long flight on the Cessna
prop plane landed on an out island with a surrounding coral reef.  Touchdown was on a not-so-
smooth grass runway.  Our 10 seat airplane parked near reception and a short island orientation
started.
Lady Elliott resort comprises a quarter of the island and includes it's own desalination plant.  A
pool, bar, and other basic resort items were included.  Our "Reef Room" overlooked the reef and
the waves were an enjoyable sound.  Also, the constant breezes assisted with the no A/C based
room.
Reef walking was the first scheduled event - following a resort guide during the low tide and
receiving close up viewing of a reef's "circle of life".  After a walk around the island and encountering
the island's rookery (basically, the island is one large bird nest), it was time for dinner.  A hatching
turtle was the main commotion after dinner - required a person to lead the turtle with a flashlight
into the ocean waves (They follow moonlight).
Being removed from the mainland and having very little moonlight, the night sky was a crystal
chandelier of stars.  Milky Way was thick and extensive twinkling lead us to believe that the Southern
Australian Hemisphere may have a better perspective of the night time skies.  We have never
seen such vibrant stars. 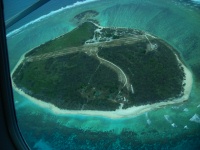 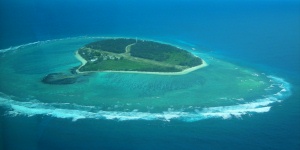 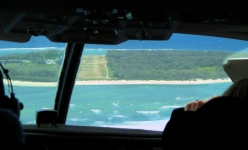 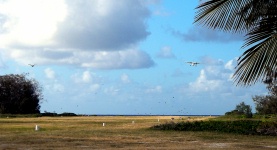 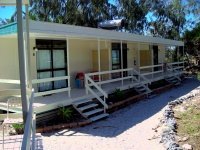 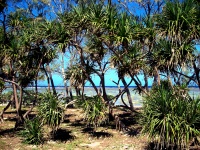 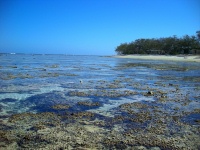 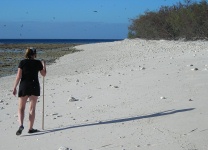 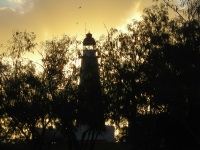 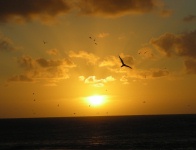