Day 15 - September 25 - Delphi to Berlin
Flight to tomorrow.  Woke up to a nice view of the valley below with the Corinth Gulf in the background.  Grabbed
freshly baked croissants and off to see the ancient highlights of Delphi.
Located a nice parking space along the main mountain highway.  Dodged a few tour buses and walked up to the
entrance - fee was 6 Euros for visitors and 3 Euros for locals.  Walked up the steep inclines to see the home of the
ancient Greek Gods.  First stop was a Greek bank - guess Apollo had a savings account.  Actually, the temples
were banks, too.  Hiked along the pine infused temple ruins and enjoyed the valley views - including sight of the
well know temple of the Oracle - prophet to the Greeks.
Return trip to Athens was via the Corinth Gulf road and over the new bridge at Patra - really impressive white
cables reflecting like silver.  A trip along the Peloponnesian Peninsula allowed insight into the slice of life outside
of Athens.
Monitoring the gas gage carefully, we included one more stop in the ancient ruins of Corinth and the steep
Corinth canal built in the late 1800s.   The canal is mostly used for tourist trips since the 60+ feet width does
not accommodate modern commercial traffic.
Time for departing Greece - well, maybe.  Returned the car with 1/4 of a tank - no gas available for fill up.
Checked the departure board and no gate assigned for the flight to Berlin - good reason since the flight would
be 3+ hours late.  Thus, the 9:00 PM departure moved to 1:00 AM on the next day.
Seems that London flight controls had "crashed"; thus, no traffic control for our outbound easyJet flight.  It
did finally arrive - after calls to the Berlin hotel that we would cancel or be very late and use of the 6 Euro
food vouchers.  Flight pathway was direct to the Schönefeld airport in south Berlin. (Also, home of the future
and modernized BBI - Berlin Brandenburg International airport)
Finally arrived in Berlin and bypassed the reserved airport hotel (charged 80% cancellation fee) and went to
the following night's hotel at Berlin Potsdammer Platz, or city center.  Switched transportation from the S-Bahn
S-9 line to "Taxi Heir Jetzt!".  So, somewhat early Grand Hyatt check in at 4:30 AM.  Pulled the window shades
tightly together and remembered that the days before, we enjoyed Greek island beaches. 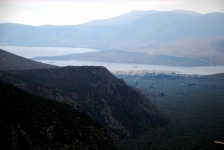 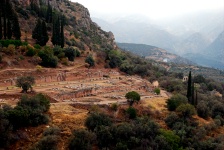 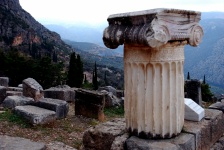 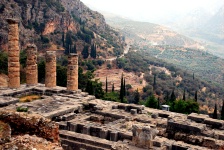 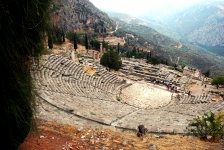 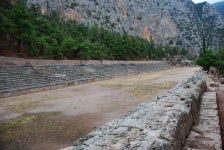 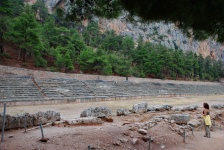 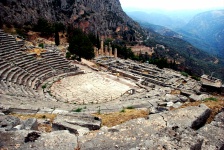 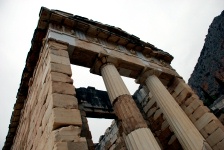 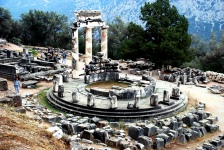 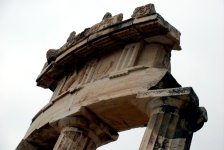 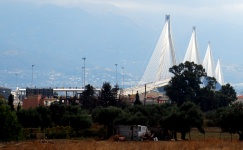 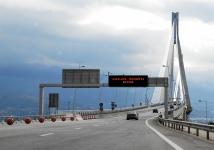 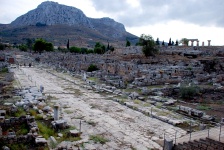 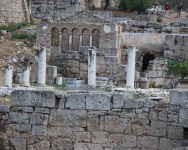 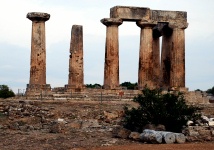 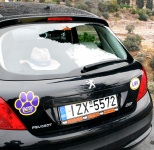 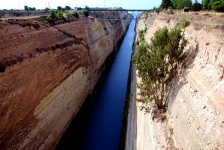